Sometimes life has a way of coming in from the blind side and smacking us in the gut.

Such was the case this week when our three-year-old grandson was diagnosed with an arteriovenous fistula (AV fistula) in the brain.  This precious child, whose photos I have used in this blog many times, will be scheduled for brain surgery this next week.

This is one of my favorite photos of him, taken not by me but by a wedding photographer when B. was the ring bearer recently in his dad’s cousin’s wedding: 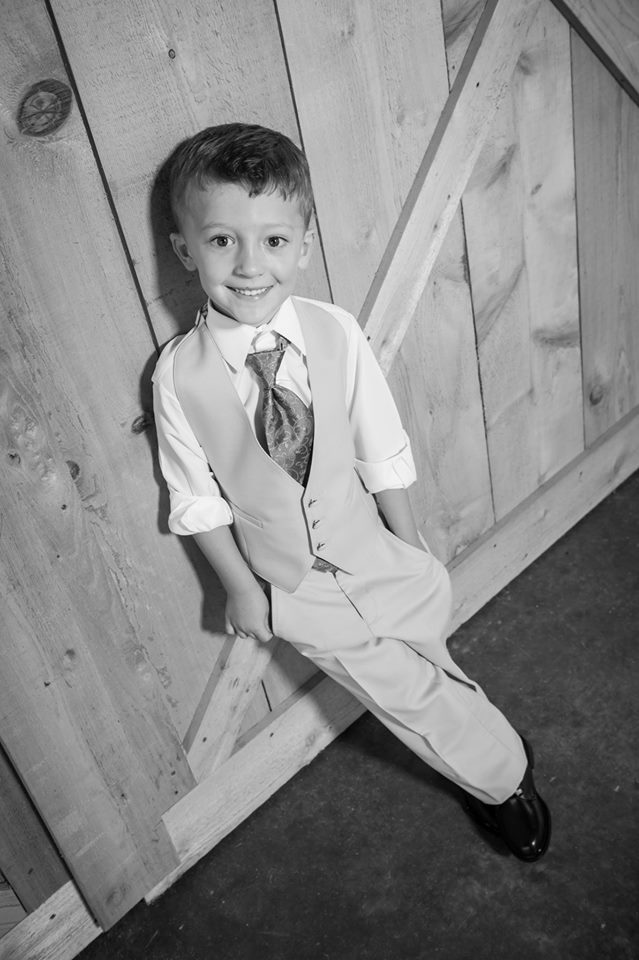 Smart, with athletic ability, musically inclined, spiritually aware, and full of life and energy,  B. has an abnormal connection or passageway between an artery and a vein in his brain.  Just over a week ago, his mom (our daughter) noticed that B.’s left eye appeared to protrude slightly.  She set up an appointment with his pediatrician on Thursday, and the pediatrician sent him immediately to the children’s hospital at Erlanger in Chattanooga, TN.  There they did a CT scan, an MRI, and an angiogram and then transferred him by ambulance to the Scottish Rite Children’s Hospital in Atlanta, GA.  Before he was transferred, his mom took this photo: 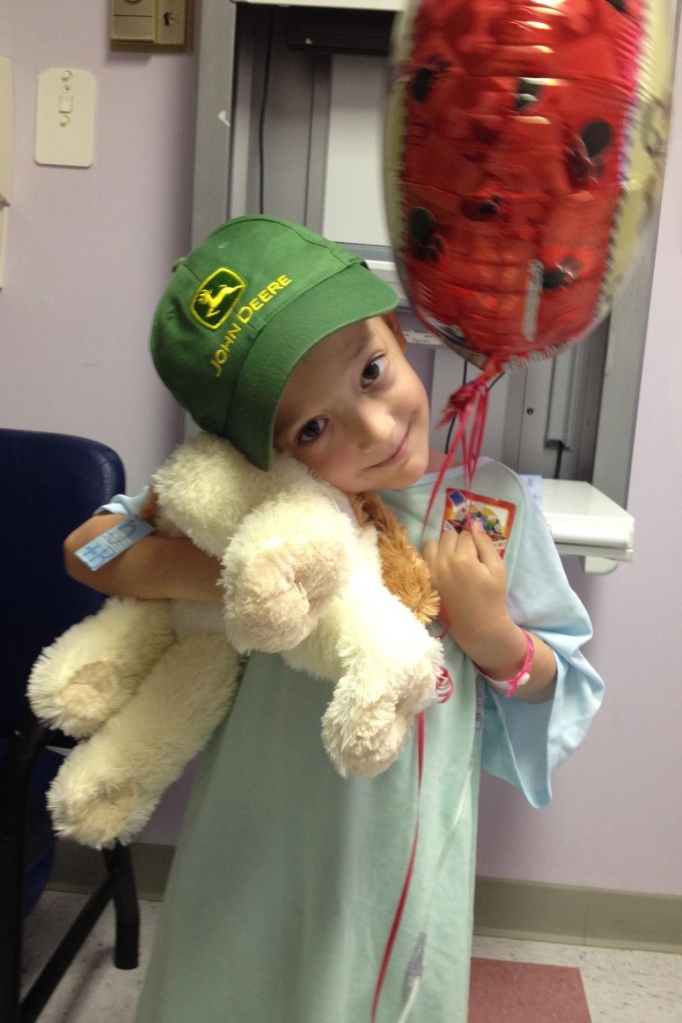 It was at Scottish Rite that we learned the diagnosis.  The AV fistula probably has been present since birth and is causing pressure within the brain, including behind the eye which accounts for the protrusion of the eye.  It is very rare in children.  The pediatric neurosurgeon has called in another specialist who will be looking at all of the test results tomorrow (Monday).

B. finally was allowed to eat after going without food or liquid for 24 hours: 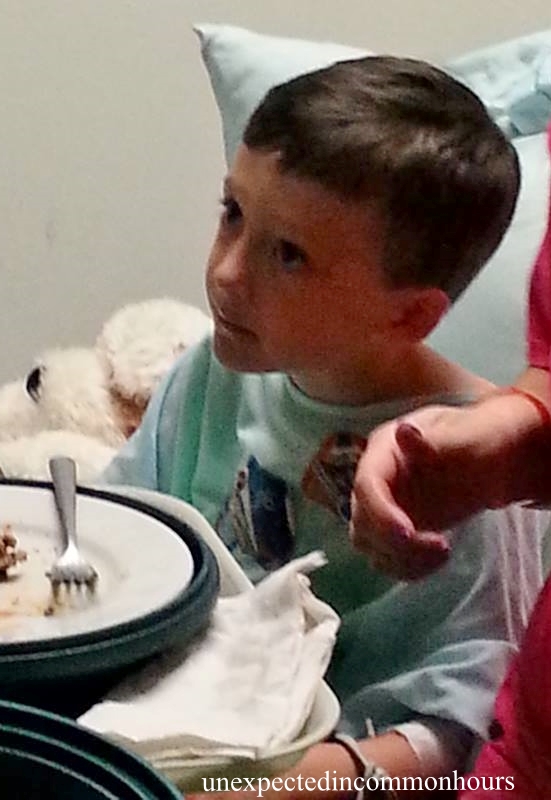 And he was allowed to play in the playroom and to go outside to a garden where he could throw coins into a fountain: 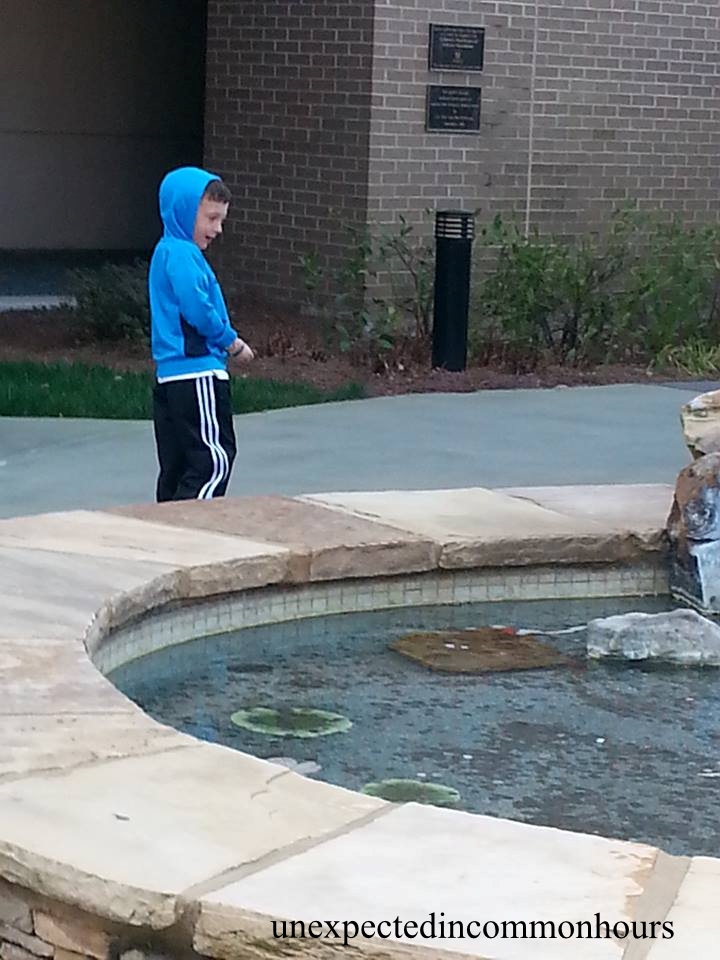 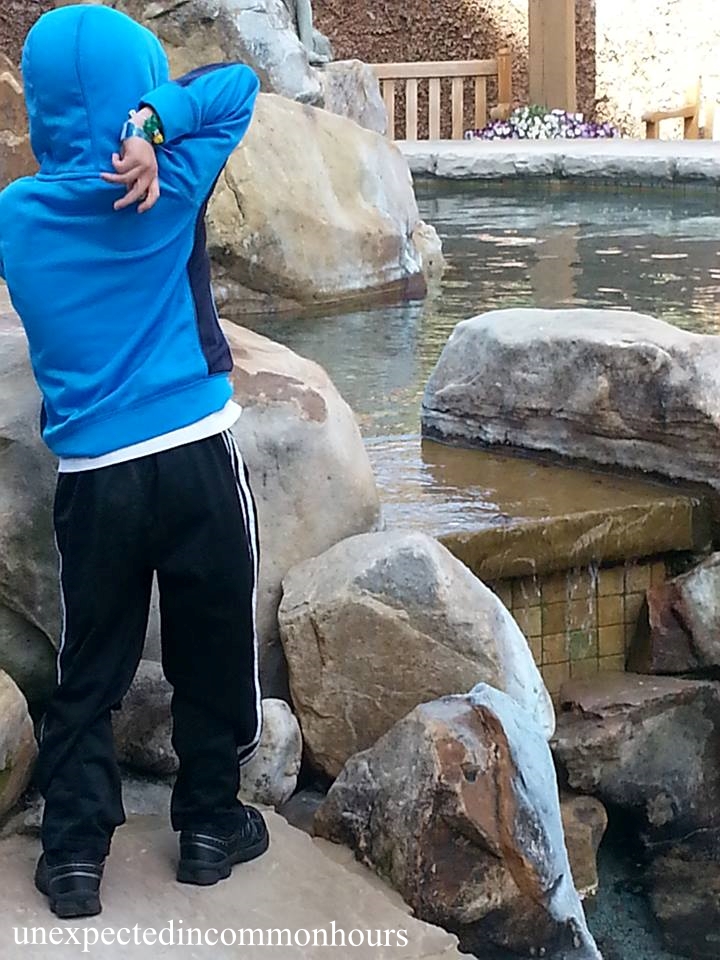 Every Saturday, students from Kennesaw State University come to the hospital to do crafts with the children.  Before he was released to go home for a quiet weekend, B. made himself a bracelet, assisted here by his mom and by a Kennesaw State student who shares the same name as B. : 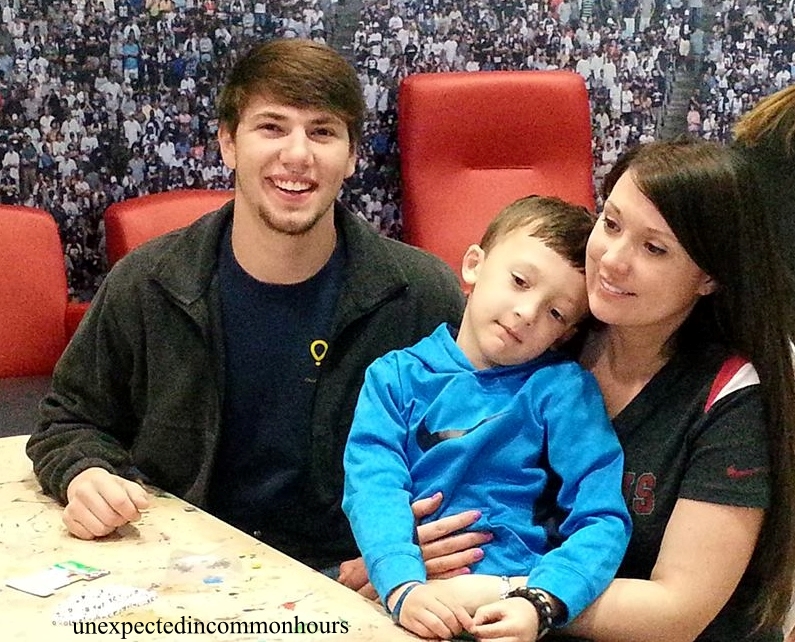 When B. returns to the hospital this week, it will be to a third children’s hospital, Egleston Hospital, which is associated with Emory University in Atlanta.  He will be having brain surgery, although as of yet we do not know when, or what it will entail, or the possibility of success.  There may be several surgeries over a period of time in order that the pressure in his brain not be relieved all at once, which could itself cause problems.

All of us in the family are both frightened and hopeful and are asking everyone we know to pray for B.  Many thanks to John at A Napper’s Companion who already has put B. on the prayer chain at his church. Many friends and family members have added him to their churches’ prayer lists.  I taught for many years at a school with international students who now are Facebook friends, and B. will have their prayers from all around the world.  If you read this post and are a praying person, please add B. to your prayers.  We will be eternally grateful.  I will keep you posted…