We are very proud of grandson Ben!

“Ben is fair and just in all he says and does.  In his young life he has set an example for many to follow.”

This was the tribute given to our little man as he finished up his year in kindergarten!  He was honored both at his school’s awards ceremony and on the last day of school when he was chosen to represent all of the kindergarten classes and “walk the blue carpet” at the school’s end-of-the-year “rocket rally.” 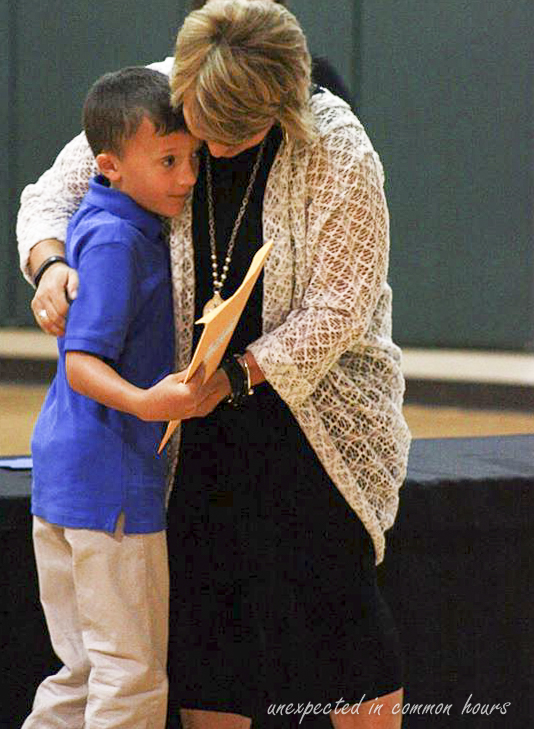 An award and a hug 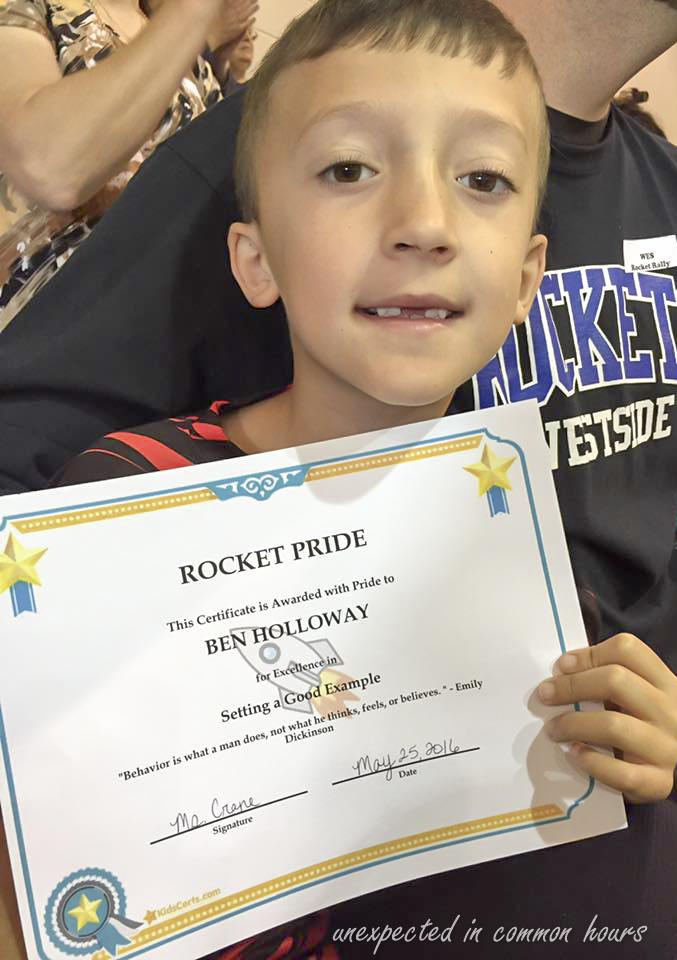 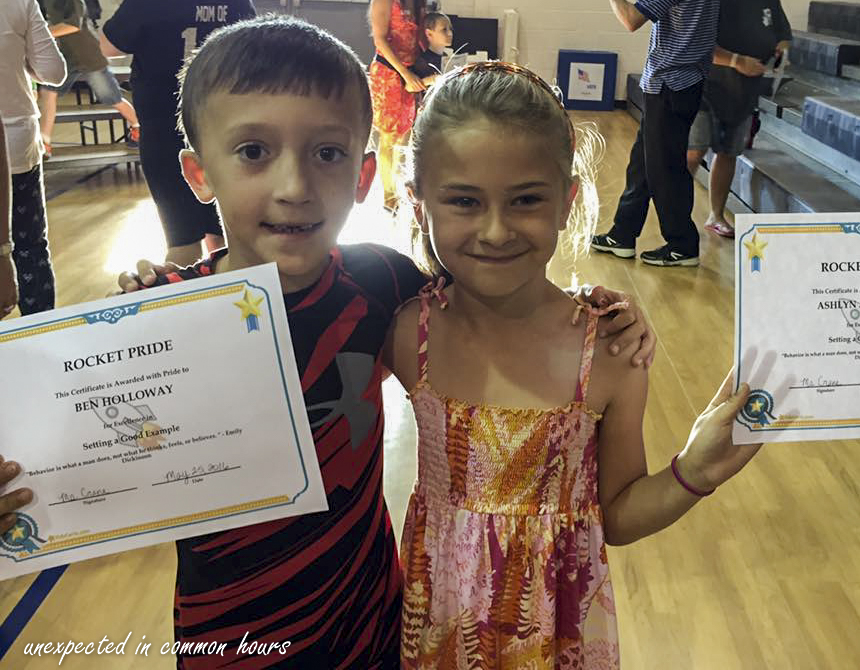 Ben’s cousin received an award, too, for setting a good example 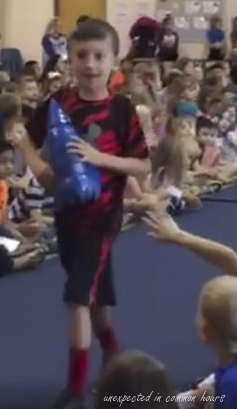 Walking the blue carpet (A still shot from video)

We are so proud of Ben’s progress this year! 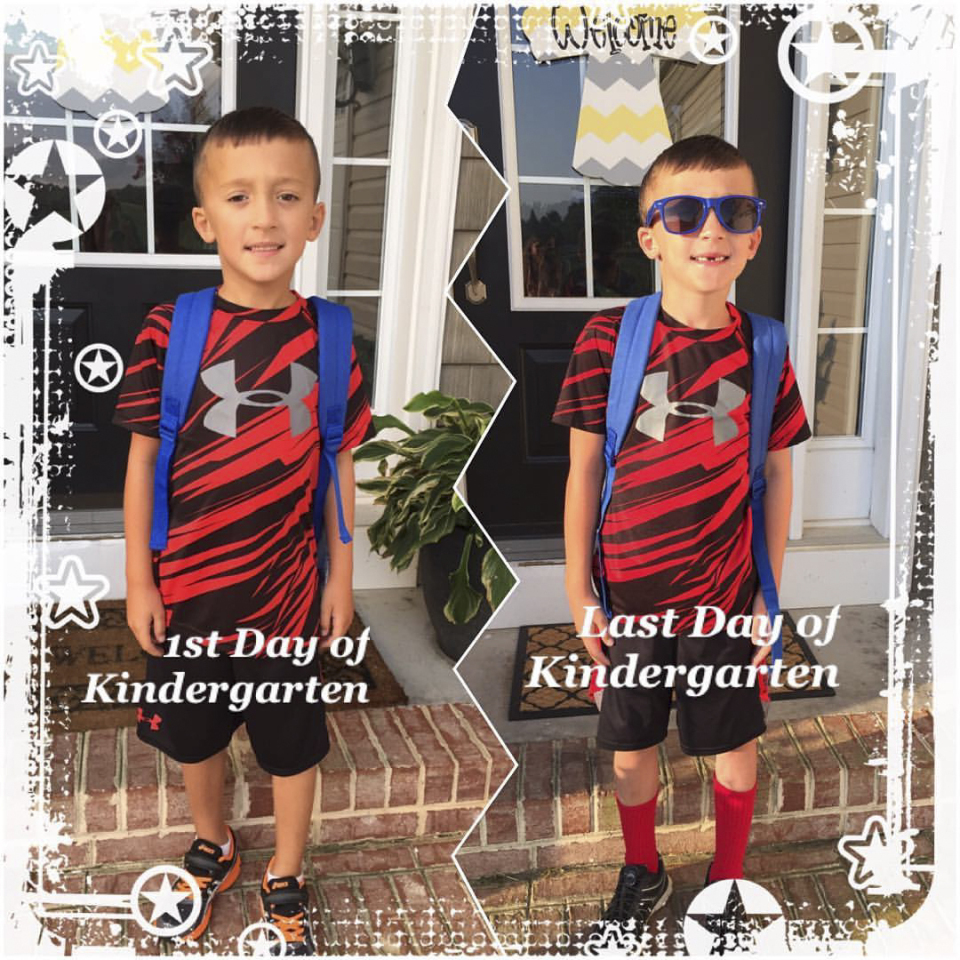 Now it’s on to first grade! 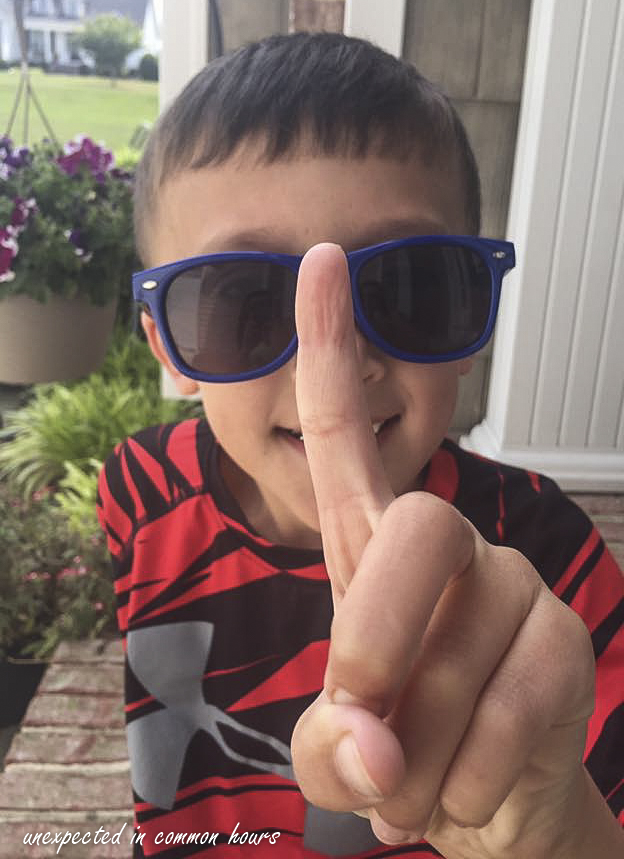 In another week, Ben and his parents will be on their way to New York for his check-up with Dr. Berenstein at Kravis Children’s Hospital.  Please keep them in your thoughts and prayers.