Reblogging my own post from yesterday because it has been brought to my attention that this may not be a concrete trestle. It may be a concrete support for the water tank for the steam engine. What do you think? 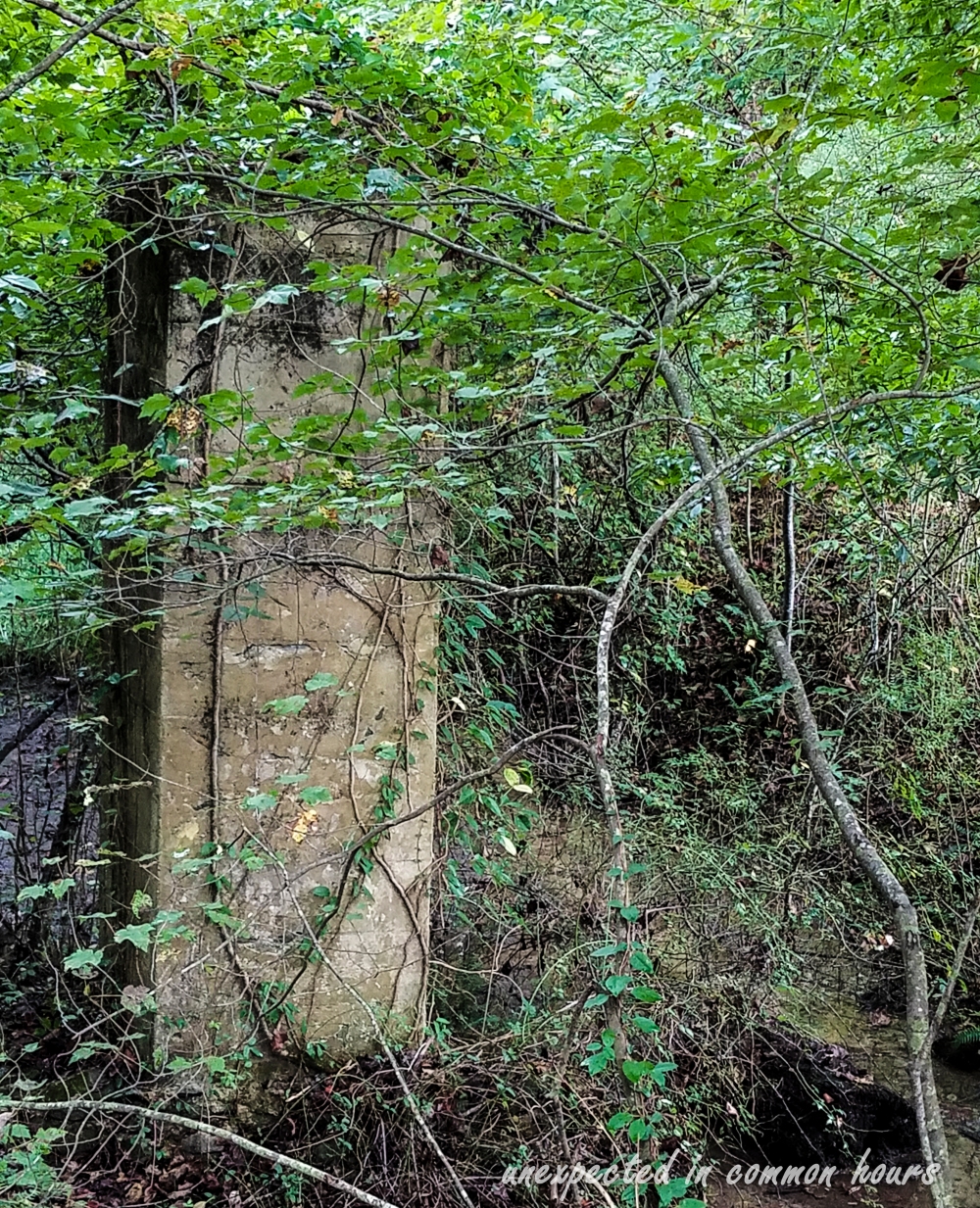 Everyday when I walk down the road to get our newspaper I walk past this abandoned concrete railway trestle.  Part of the road (now named Whistlestop Trail) was once the railway bed, and steam trains stopped here to take on water from the nearby creek.

This was part of the Gainesville Northwestern Railway line that was chartered in 1912 and eventually became a 35-mile-long line nicknamed the Nacoochee Valley Route.  It ran from Robertstown in Northeast Georgia to Gainesville, serving the lumber mills of the towns of Helen and Robertstown as well as the larger communities of Cleveland and Clermont and other small communities. The railway operated three locomotives, two passenger cars, and  seven freight cars.

My neighbor’s house was once the railway station for the Asbestos community (so named because of asbestos mines that once operated in the area).

As logging and the lumber industry began to decline in the 1920s, the Gainesville…