Today was the first solar eclipse to be visible within the entire U.S. since 1918, and we were in the path of totality. Even though many people did take photos with cameras or cellphones, I erred on the side of caution and didn’t, after reading articles that said cameras and phones could be “fried” by photographing the event.  I didn’t even purchase eclipse glasses, declaring that I intended to stay inside and watch the eclipse on television.

However, when the time came I just couldn’t stay inside. So I made a pinhole viewer using two white cards and was amazed at how well such a simple thing enabled me to see indirectly what was occurring.  A few minutes before totality the little girl from next door brought over a pair of eclipse glasses, and I was able to actually look at the eclipse. For the two minutes or so that the sun is totally obscured by the moon, it is safe to take off the glasses and look directly at the sun’s corona, which I did.

Never will I experience another total solar eclipse, and I am glad I went outside to view this one because it was absolutely awe inspiring.

A few things I noticed before, during and after the eclipse: 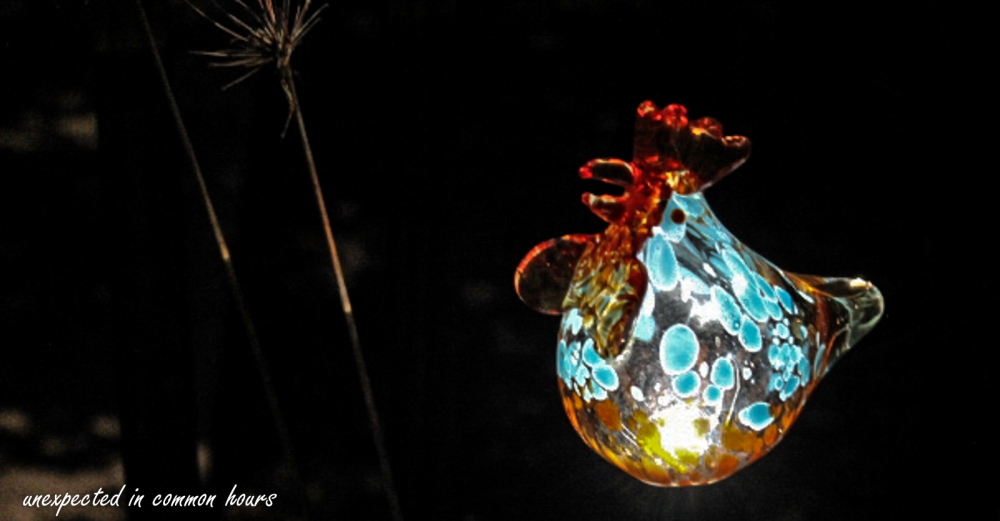 The photos I did take were of the fascinating shadows cast on our back deck and concrete walkway:

Shadows on the deck before totality

Shadows on the deck after totality 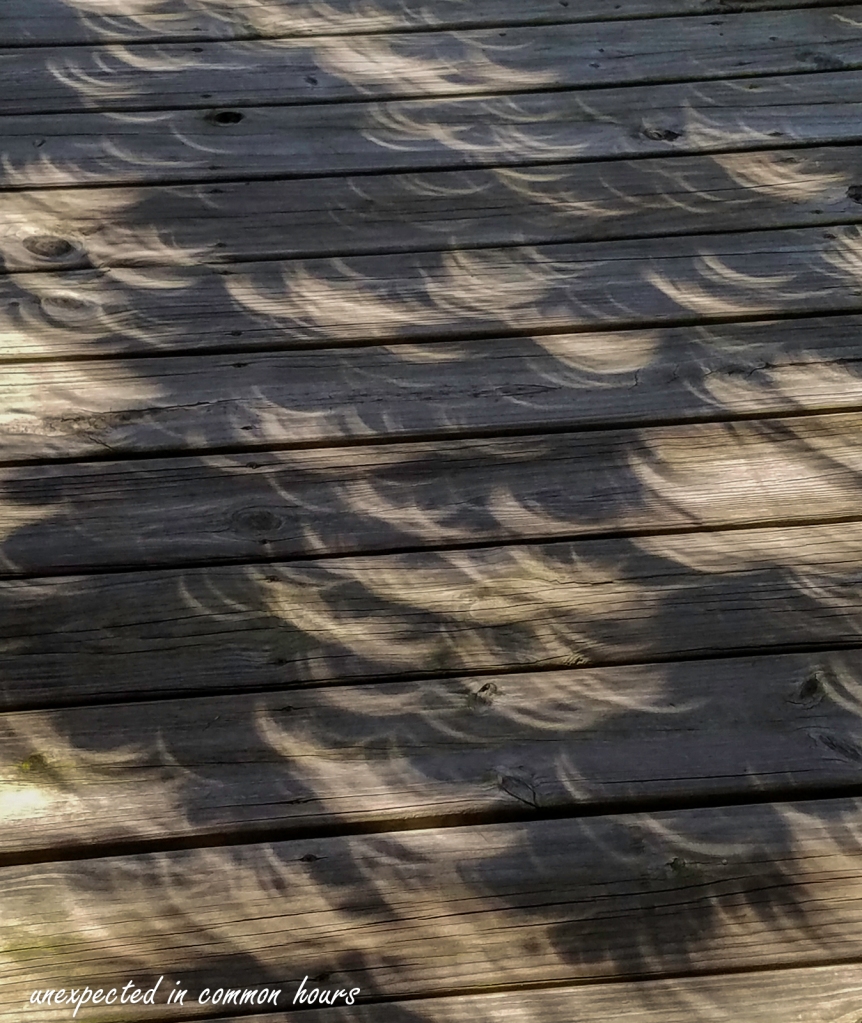 Shadows on concrete walkway before totality

Shadows on concrete walkway after totality 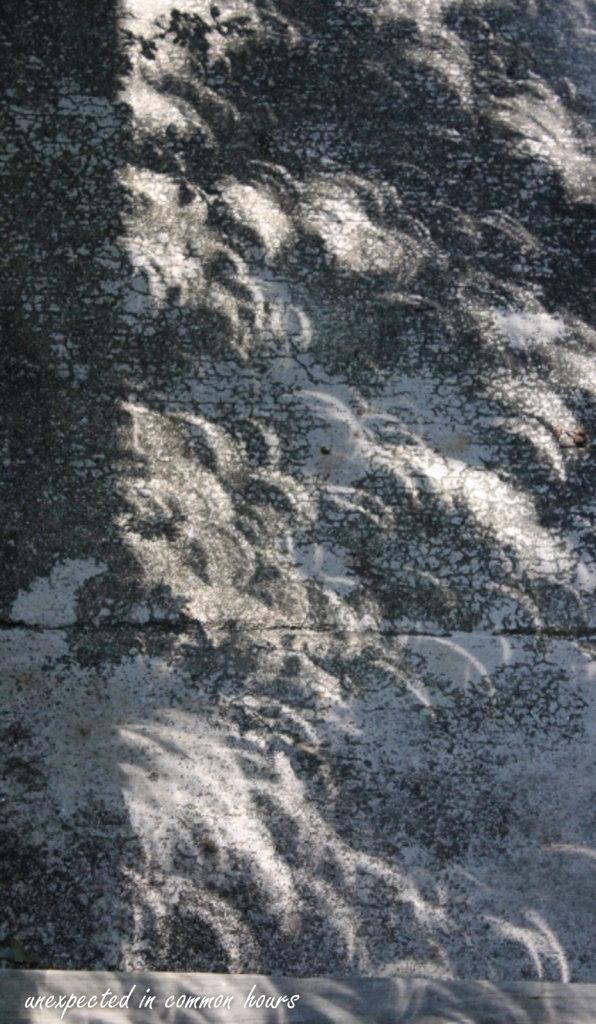 I  found this lovely poem by Ella Wheeler Wilcox who was born in 1850 and was a popular writer of her day.  She died in 1919, a year after the last total eclipse to be seen coast to coast in the U.S.

In that great journey of the stars through space
About the mighty, all-directing Sun,
The pallid, faithful Moon, has been the one
Companion of the Earth. Her tender face,
Pale with the swift, keen purpose of that race,
Which at Time’s natal hour was first begun,
Shines ever on her lover as they run
And lights his orbit with her silvery smile.

Sometimes such passionate love doth in her rise,
Down from her beaten path she softly slips,
And with her mantle veils the Sun’s bold eyes,
Then in the gloaming finds her lover’s lips.
While far and near the men our world call wise
See only that the Sun is in eclipse.