We used to see so many of these little lizards, but there haven’t been as many in recent years.  They are Carolina anoles (Anolis carolinensis), also known as the American anole, the America green anole, and the red-throated anole.  Although they are not true chameleons, they sometimes are called American chameleons because of their ability to change color from green to brown depending on body temperature and level of activity. Native to North America, they are found mainly in southeastern states and along the Gulf coast.  However, they also have been found in the Caribbean and have even been spotted in southern California. 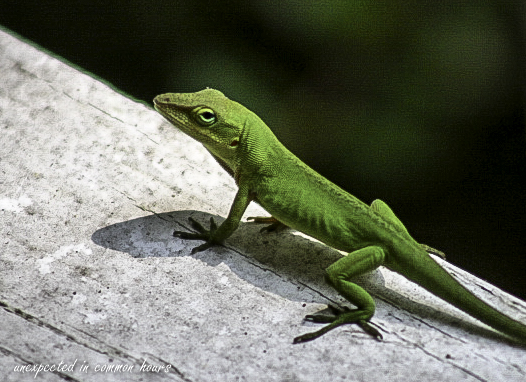 I love this “Advice From a Lizard” found at yourtruenature.com…

Advice From a Lizard

Soak up some sun

Be a colorful character