Here in the Southern mountains, the old-timers (and many young people as well) still predict the weather by “the signs,” that is, the signs found in nature.  One of those signs is the coloration of the wooly worms.

Wooly worms, also known as wooly bears, are found across the U.S., Canada, and Mexico and are caterpillars of the Isabella Tiger Moth.  Their bodies are said to have 13 segments, corresponding to 13 weeks of winter, and have bands of black and brown coloration.

Some years we have seen wooly worms as early as the month of June, but this year I saw my first one yesterday… 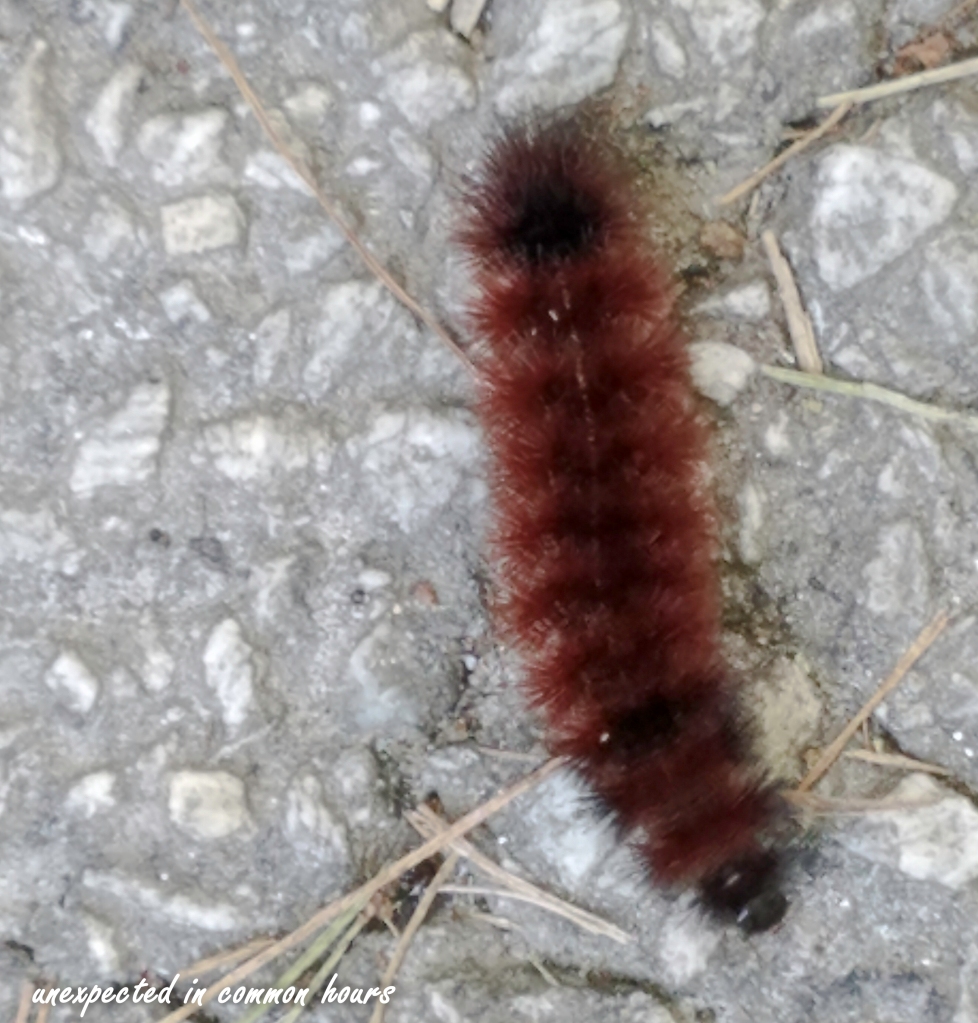 Weather lore about wooly worms is found in three versions.  Some folks say that the amount of black is an indication of the severity of the coming winter.  This is the version with which I am familiar. The more black on the wooly worm, the longer, colder, and severe the winter will be.  If the wooly worm has more brown segments, the winter will be mild.

Other folks say that the wooliness of the coat predicts the weather.  The woolier the coat, the colder the winter. (I honestly wouldn’t know how to measure the wooliness of a wooly worm’s coat.)  Still other folks believe that if the wooly worm is crawling in a southerly direction, it is trying to get away from an upcoming cold winter.

This wooly worm was mostly brown, indicating a mild winter, and was headed in a southeasterly direction, indicating a cold winter.  Who knows what kind of winter we will have!