I stayed up half the night, nearly froze, and failed to photograph the blood moon as it turned red although I did get some nice captures of the lunar eclipse.

It was cold here, 26 degrees F (-3 C), and dark as pitch outside even though the moon did light up the sky.  We live in the woods, and there are nighttime creatures here, so I didn’t want to to get beyond our back deck.  And I wanted an outside light on because I am a fraidy cat. To photograph the moon I had to face the house and look up, turning my back on the dark woods. There were strange noises coming from the woods, too.

So I kept coming in and going back out over a period of about two hours. When the moon was at its most beautiful I tried to photograph it, but not one single photo came out.  So I gave up, came in out of the cold and went to bed.

Here’s what I did capture… 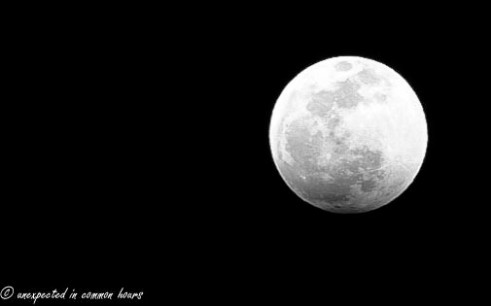 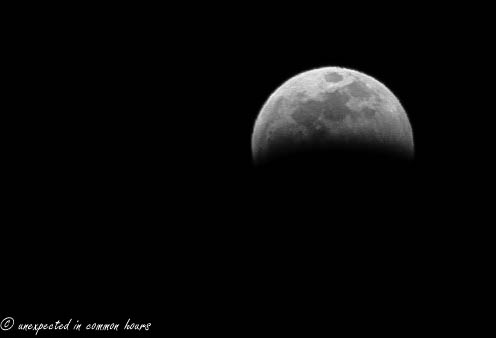